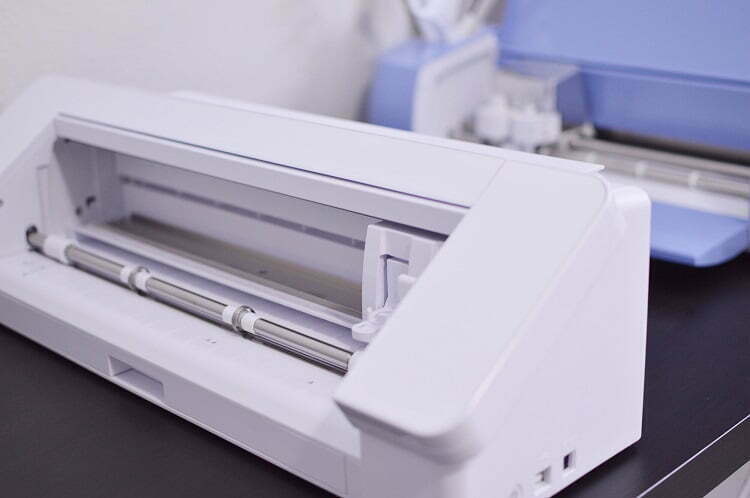 Crafters and hobbyists are always looking for new machines and tools. They want things that will make it easier for them to create what their imagination dreams up. This is where Silhouette cutting machines stand out in the crowd. They promise to make cutting even the most intricate designs with ease. According to users of these machines, it is true. However, the release of the Cameo 4 has brought to question whether it is worth upgrading. We are here to help you decide which is truly best.

The Cameo 4 promises to be an upgrade over the Cameo 3. Therefore, when deciding which one you like the most, you must take a look at each one. We will also start there.

The Cameo 4 includes a dual-motor system, tool detection sensors, and an unbelievable amount of force for such a compact machine. It also promises to be very fast with an ability to make intricate cuts at speeds of up to 30cm per second, depending on the material you are working with.

If you are curious about what it can do, you should know that it offers a true 12-inch cutting width if you are using its included cutting mat. This allows you to easily cut through vinyl, cardstock, fabrics, and so much more. The maximum cutting size is 12″ x 120″. Material thickness can be up to 3mm. One thing that does remain the same is that like past Silhouette machines, it can cut up to 10 feet of material. This is thanks to a built-in roll feeder, which allows the machine to load and cut rolled materials including vinyl.

It is all done through a wired or Bluetooth connection to your Windows or Mac computer. However, if you need more control, you can take advantage of a very responsive control panel, located on the top of the machine. This control panel is backlit.

The Cameo 3 is an impressive machine according to most who own one. It is an upgrade from previous models, but what features does it truly offer?

This machine allows you to cut rolled materials of up to 10 feet long. It can easily cut through 100 different types of material because of its exceptional blades.

Bluetooth connectivity, easy-to-use LED controls, and a dual tool chamber that allows you to use two tools at one time. With previous models, you would have to stop if you needed to use a pen and then go back to cutting. This machine allows both tools to be used without interruption.

Cameo 3 was the first of its kind to use Bluetooth, but it also has a USB device reader. This means that you can save cut files onto a USB device with ease so that you can cut the same project without having to set everything up again in the future.

How Are They Similar?

The Cameo 4 and the Cameo 3 are both high-quality machines. They are among the only ones that offer the ability to work with long, thick materials using rollers. Along with the length, they can both work with materials that are up to 12in wide. Combined, these features allow you to cut and create larger crafting projects without worrying that you will run out of space. This is perhaps one of the main reasons that many people choose the Silhouette brand of cutters.

Both machines also provide you with the ability to craft wirelessly through Bluetooth. This makes it easy for a lot of crafters to set up their craft room while keeping their computers in the other room.

They can cut virtually any material type that you want to work with. The Cameo 3 can cut up to 100 different materials limiting you only by 1mm from what the Cameo 4 can do.

These two machines also make it easy for you to create unbelievably delicate cuts using the included Silhouette software. The software will allow you to create lettering, flowers, cutouts, and more.

As a final note, they both also come with everything you need to get started. This includes the 12-inch cutting mat, AutoBlades, Cross cutters, power cables, USB cables, and the respective machines.

Which One is Right for You?

Deciding which one may meet your needs the best in the battle of Silhouette Cameo 4 vs. Cameo 3, may not be an easy task. They are very similar cutting machines, but you cannot deny that with the Cameo 4, you can cut faster, cut deeper, and more. However, it does come in a slightly heavier and larger desktop cutting machine.

There are some who say that the upgrade is worth it, while other users feel that the Cameo 4 is harder to work with. Some feel that it is awesome to have more cutting options and speed with the Cameo 4. Others who have upgraded wish that they had not done so. It is a personal preference for them, and we agree. Your selection and your choice should be based on what you want to be able to achieve with your new cutting machine.

Tell us which one you prefer in the competition between Silhouette Cameo 4 vs Cameo 3.

Check out for another comparison of Silhouette Cameo 4 VS Cricut Air 2.